1-on-1 Flute Lessons with Professional
Flute Teachers through Zoom. 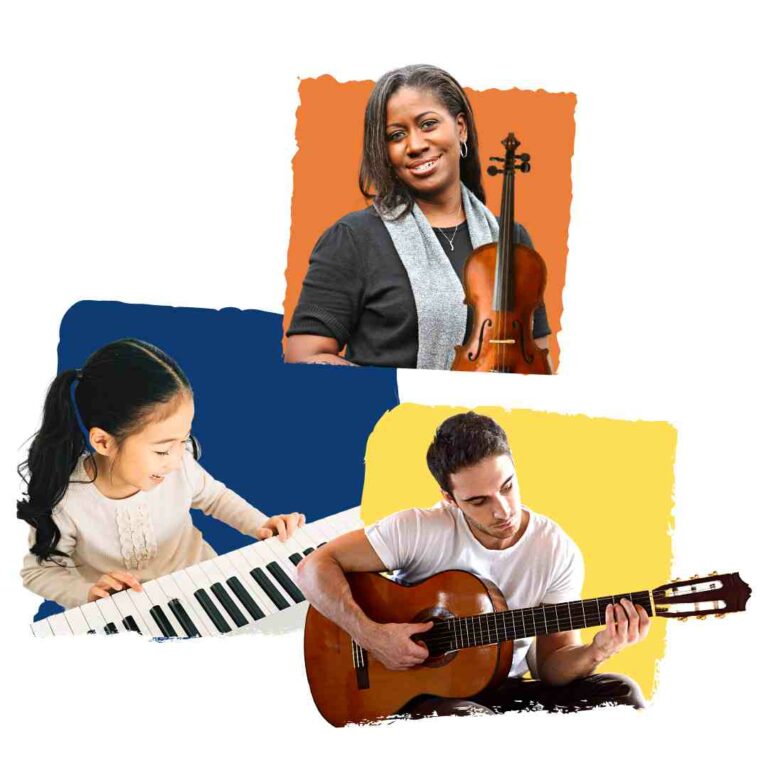 No Contracts Ever.
Try A 30 Minute Flute Lesson Completely For Free!

Meet your flute teacher, discuss goals, and begin 1-on-1 instruction.
No contract or credit card necessary. 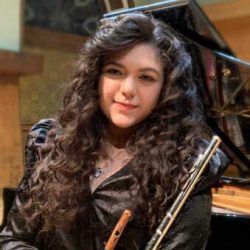 Payments are per lesson, so you can start and stop whenever you want. No contracts ever.

Our professional flute instructors have college degrees in flute performance and at least a few years of teaching flute.

Top instructors like ours also have won prizes at the prestigious flute competitions with rich experience in giving public performances.

Our flute teachers will provide excellent instruction based on lesson plans customized for each student.

We also value our student feedback, which will be shared with the instructors.

Students will need the following equipment for an outstanding learning experience.

The Lesson With You client service team will assist you with finding the right equipment.

What’s the difference between online and in-person flute lessons?

Our private online flute lessons are very similar to in-person lessons, except more affordable and more convenient. In-person flute lessons require you to visit the lesson studio whereas online lessons can be easily set up with a few digital equipments in the comfort of your home.

How old should children be before starting flute lessons?

We accept students age 5 and up, although students under 13 should have a parent in the room with them for successful flute lessons. For children who are young to read music right away, we encourage our teachers to provide a fun, easy musical instruction. This includes rhythm games, ear training, and even improvisation in order to develop your child’s musical abilities.

If you’re unsure about getting the right flute or piccolo, let us know! Our support line is available to help you figure out what type of flute and lesson books are best for your child.

How do online flute lessons work for beginners?

First, it’s important to let your flute instructor know your personal goals and interests. What style are you looking for? Is it Classical or Pop? Do you like the songs of Taylor Swift or Bruno Mars? Are you also playing in the school orchestra?

Then, our instructor will make recommendations from getting the right instrument and kits, lesson equipment and method book (if applicable). After scheduling a regular lesson, try practicing flute on a regular basis. There’s no rush – what matters for beginners is finding the right practice routine.

What do you learn in typical flute lessons?

During the lessons, flute teachers will give live feedback on how to improve the techniques and help the student understand the musical side of the music. At the end of each lesson, teachers will specifically assign the students which part of the music to work on. Students are expected to practice the parts to further improve the playing and fix the problems before the next lesson.

Learn from the Best. No contracts ever.

0
0
Your Cart
Your cart is empty
Continue Shopping
×
×

Based in the Pacific Northwest, Victoria Moreira is a freelance flutist, pedagogue, and ensemble director.

As an orchestral musician, Ms. Moreira regularly performs with the Eugene Symphony Orchestra, the OrchestraNEXT chamber ensemble for the Eugene Ballet, the Eugene Concert Orchestra, the Bloomington Symphony, and the Bloomington Chamber Singers. With an avid love of new music, she has premiered several new works for the SEAMUS music festival, the New Music Gathering festival, Milwaukee-based PresentMusic, the Fresh Inc Music Festival, the Crosstown Arts Festival, and the Oregon Composers’ Forum. In addition to being a contemporary soloist, she has been the baroque flute soloist for the Louisville Chamber Singers on their Bach Cantata series.

An advocate for social change in her work, Ms. Moreira performs with and has founded multiple ensembles dedicated to promoting awareness and advocating accessibility. She is the co-founder and flutist for the Achelois Collective, which is a cross-continental women-led artists’ ensemble dedicated to promoting underrepresented artists in all communities, provoking social change through activism in musical contributions, and inspiring future generations. In addition, with performances spanning the PNW to the Midwest, she is the flutist for the Duo Brisa, a flute and piano ensemble that focuses primarily on programming pieces by women composers. She co-founded “Does Your Brain Have a Soundtrack?”, an educational program for low-income preschool children in Highwood, Illinois.

When she is not performing, Ms. Moreira is in demand as a pedagogue. She has served as flute professor at Linfield University in McMinnville since 2021. In addition, she actively maintains a private studio of all ages, both in-person in Western Oregon and virtually around the globe. As part of an Indiana University-led education partnership, she served as a virtual instructor for music students at Kenyatta University in Kenya. In addition to teaching, she directs the West Winds Flute Choir, a Eugene-based ensemble for flutists of all levels. 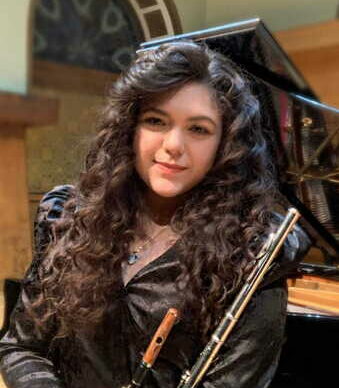 Flutist Danielle Guilmette was born and raised in Cathedral City, California. Due to her passion in studying music, Danielle moved to Chicago, Illinois where she received her bachelor’s degree in flute performance at Roosevelt University and is currently working on her master’s degree at DePaul University. She has had the pleasure of working with extortionary flutist such as, Stefán Rahnar Höskuidsson, Jennifer Gunn, Alexa Still, Emma Gerstain, Mark Sparks, Sara Andon, Eugenia Moliner. She is currently studying with Alyce Johnson.

Due to her dedication and persistence, she has had the pleasure of traveling internationally on scholarship performing in United States, China, Germany, and Spain. Danielle has had the extortionary opportunity performing flute and piccolo at some historic venues such as Walt Disney Concert Hall, Oriental Art Centre in Shanghai, Forbidden City, Wuzhen Grand Theater, Segerstrom Theater, Lincoln Memorial, and Kennedy Center. Danielle’s passion is performing in large ensembles as well as teaching. She is constantly involved in performing in orchestras, wind ensembles, chamber groups, duets, and solo performances. She competed in the San Diego Flute competitions winning first place on piccolo and a gold metal on flute. She also won some masterclass performances at Chicago Flute Club, Flute Symposium, San Diego Flute Club, and Music Course of Juan Gual Esteve.

Due to her devotion and training, Danielle has received awards from Friends of Philharmonic, Hanson Foundation Scholarship Award, Music Course of Juan Gual Esteve Scholarship Award and Palm Springs Unified School District Inspiration Award. It is her desire to continue performing and teaching.